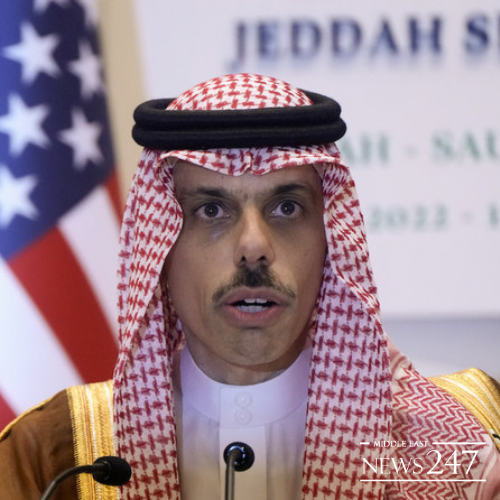 Faisal Bin Farhan, Saudi Arabia’s Minister of Foreign Affairs, is Set to Represent the Country at the Arab League Summit:

The Minister of Saudi Arabia’s Foreign Affairs, Faisal bin Farhan, is set to represent the country at the Arab League Summit. He will act in the place of the Kingdom’s crown prince, Mohammed bin Salman. The decision for a proxy representation was made following the doctor’s advice for the crown prince to abstain from long travels.

Why is the Minister of Foreign Affairs Representing the Kingdom?

The move for Minister Faisal bin Farhan to stand in place of prince Mohammed bin Salman is in response to the prince’s fragile health. On doctor’s orders, the crown prince is staying away from long-distance travelling due to the accompanying ear pressure and its impact on his hearing. In his stead, the prince has sent the Minister of Foreign Affairs to chair the summit on November 1st and 2nd, 2022.

The prince has responsibly expressed his regrets to Algeria, where the summit is scheduled to hold, and its president, Abdelmadjid Tebboune, for his inability to attend the event. He has also reassured Algeria of the capacity of Minister Faisal bin Farhan to chair the occasion and the dedication of the Kingdom to the activities set to take place for the duration of the Arab League Summit.

Why the Arab League Summit is Considered Important

The 2022 Arab League Summit is scheduled to hold in Algeria with the presence of all Arab countries except Syria. Notably, the conference did not hold for the last two years due to the pandemic. Nonetheless, this year’s conference aims to establish and reinvent bilateral and multilateral relations between Arab countries. The leaders representing various nations would also discuss pressing regional and global issues that have become a thorn in the region’s sides.

The leaders will also find a way to mediate between conflicting countries and bolster regional relations. Additionally, it is foreseen that they would go into extensive discussions on creating a diplomatic solution to the conflict in Ukraine.

The conference will also attend to conflicts in the region. In the Arab League Foreign Minister’s meeting in Cairo earlier in the month, the Chief of the Arab League, Ahmed Abodul Gheit, voiced increasing concerns about the seven-year Yemen conflict that has left many killed and suffering from diseases and hunger. Likewise, there is an impending national clash within the domestic territory of Libya over two extremely divided facets of the country’s political climate. It is expected that the leaders and representatives of each country will broach these issues and figure out a way to ensure stability in the region while promoting development across the board.

Undeniably, it may seem like countries in the Arab region have a lot going for them in terms of development, while others are boggled with internal strife and instability. The need for countries to discuss these pressing issues and options for growth is paramount. This is why the Saudi Arabian government’s support and representation must be commended. Indeed, it is a summit to watch out for.

Turkish Airlines, in an Unparalleled Move, Are to Include Far East Flights

US delays ban on downloading TikTok until Sept 27